The event is 18 December
Part of: The pump housing

An evening and a party that sets the tone and focus on poverty and homelessness at a time when community is most needed for everyone.
'' The Alternative Christmas Party '' at the club The underground at Pumphuset in Borås is a recurring club night for the benefit of Gatutidningen Faktum and its sellers. Also this year, we will raise money for Faktum's sales fund mainly by selling 100 Faktum tickets for SEK 400, where SEK 100 goes directly to Faktum's Sales Fund and thereby improves the opportunities for Faktum's sellers to find a larger context and a clear place in our common society. The money will go in full to provide the salespeople with the tools they need to be able to perform the important work they do both for themselves but also for us who are not homeless or standing next to or completely outside society.as we know it.

With an Undergrunden ticket for SEK 300, you not only support Kulturbolaget Bara Gört and '' Den Alternativa Julfesten 2021 '', but you also become an active part so that we as organizers can continue to arrange concerts in Borås and thereby enable concert life to remain. in Borås in the way needed.
Stefan Sundström & The Last Girl will play at "Den Alternativa Julfesten" on 18/12 and Borås' own Jonas Mortensen will act as support.

In April, Stefan Sundström released his acclaimed album "Östan Västan Om Stress Och Press" and at Grammy 2021 he received an award for "Sustainable Artist of the Year". "This album is an attempt to take back the punk from Donald Trump. When I was young we did nice punk. Not like now, a punk who points down people and calls them the enemy of the people "
Straight to the point, do something instead of sitting still. It is Stefan Sundström, who since the 80shas kept alive the Swedish song tradition. Several times praised for his work, most recently as "Sustainable Artist of the Year" at Grammis 2021. The album "Östan Västan Om Stress Och Press" hit a newly awakened Sweden and Stefan Sundström was back in punk. He calls it the record with the happy songs.

The critics liked what they heard, GAFFA handed out the top rating five stars with the words "Protest songs against the prevailing norm… Farsta's Mick Jagger, he is loud, cocky and agitating straight through".

Stefan Sundstöm has a well-founded place in the Swedish song tradition. With everyday realistic, ingenious texts, Stefan has commented on both society and the little man. Always with the heart in the right place. Stefan has been an award-winning song pop artist for 30 years.

His major interests besides music and writing are farming, household fishing and food production. And snus. Through his songs and lyrics we have metthe figures Jan Banan, Gubben Grå and Sabina. But we have also had to meet ourselves and with a twinkle in our eye seen how life sometimes takes its leaps.

Read more about the latest from Stefan here: https://www.facebook.com/stefansundstromsofficiella

Welcome to '' The Alternative Christmas Party 2021 on the 18th of December at Pumphuset in Borås.
//Ulf & Anne 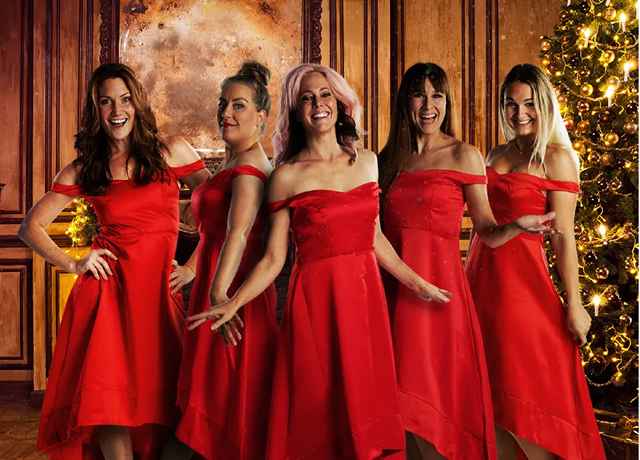 |Translated by Google translation| Maybe you should try something new? Why not a swinging Christmas Afterwork with S...
Events

|Translated by Google translation| Finally, the concert with Avantgardet can be performed after several launches sin...