The event is 18 February
Part of: Culture House

Tuesdays at Kulturhuset - The populist wave

The return of nationalist right-wing populism has largely set the agenda for the political conversation of our time. What are the connections between the nationalist movements in the US and Europe? To what extent do they pose real threats to democracy? And how wise is it for the left to compete with the right in the branch of populism? Several of the bodies that are constantly examining the state of democracy in the world describe the situation as alarming.
Erik Åsard is one of the country's foremost US connoisseurs and one of the authors of the highly current book The Threat to Democracy, which is a sharp-eyed depiction of the return of right-wing populism. "What we see in many places is a gradual erosion of democracy, a stealth hazard that is difficult to detect," says Erik Åsard. 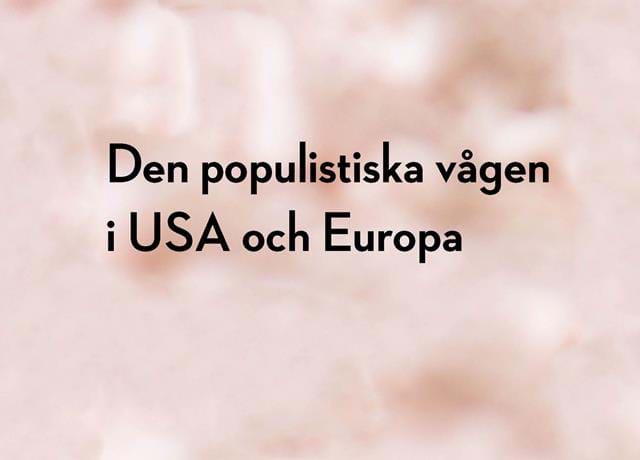 Tuesdays at Kulturhuset - The populist wave

|Translated by Google translation| The return of nationalist right-wing populism has largely set the agenda for the ...